Switching to Linux for the second time. This time it stuck. I fell in love with the command line. 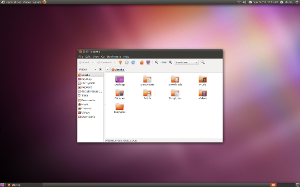 Once before, about three years ago, I tried to switch to Linux. I had a vague sense, gathered in my internet ramblings, that it was just better somehow. So I was ripe for conversion when I read Neal Stephenson's unassuming manifesto In the Beginning Was the Command Line.

I borrowed an install disc from my brother and threw it into a spare computer. I remember the install was clunky and involved a number of questions that seemed quite arcane. Eventually I got through it. I plugged away at trying to use Linux for a few days, learning all sorts of commands like ls and wget and make, but after hours of trying to track down the libraries I needed to get to make my instant messenger work, I just stopped. There was no conscious decision. The box with Linux just sat in the corner and it never occurred to me to go back to it.

That was the Debian distribution of Linux.

Fast forward to three months ago, and my most recent install attempt, again inspired by In the Beginning Was the Command Line. But it was How to Become a Hacker which pushed me over the edge.

The Ubuntu distribution of Linux had become fashionable. So I decided to try it.

It was a world of difference. I popped in the disk into my main computer and within a few hours had a computer that could dual-boot: it could boot up in either Windows or Linux.

And oh what a difference when I actually got into Linux. So much is preinstalled: a GUI, web browser, instant messenger, music player, PDF viewer, solid drivers for my video card and printer. I did not have to do a damn thing. It all just worked. The one big advantage Windows had over Linux back in 2006 was the simplicity of its initial install. Now Ubuntu is simpler.

With the command line, Linux is simpler and more powerful than Windows for many tasks. Installing programs is amazingly simple:

It is almost the simplest possible way of installing software. Whenever I want a program, I simply type the program I want, wait a few seconds, and then it is there, on my computer, ready to use.

All the pain with the initial install of Debian back in 2006 is unnecessary with Ubuntu. With Debian, the packages in apt were older version and I often had to go beyond what was available with apt. I was constantly tracking down dependencies by hand, installing them, tracking down more packages. Sometimes I even had to install them from source. It was all so unnecessary for someone who just wanted to play with Linux a bit, as proven by Ubuntu.

Still, Ubuntu definitely has a learning curve of its own.

In the CLI world, if I don't know that specific name of what I want to do, I am lost without Google. In the GUI world, I can usually hunt through the interface and and find the button or option I need.

Of course, this ability to hunt through the GUI is not natural. I've developed it through years and years of using Windows. But however the ability came about, I and many other computer users have it now. Allowing people like me to use Ubuntu through a nice GUI has drastically lowered the barrier to entry.

Ubuntu has dumbed down the austere CLI and made it accessible through a shiny GUI. CLI purists might object, but for me at least, the end result is that I use the CLI more, not less. I am transitioning from using the GUI for everything to using a rich mix of the CLI and the GUI. I can more efficiently make the computer do what I need it to do now. Which, in practice, usually means using the CLI more. When I need to perform a task repeatedly, I write the command once and save it in a script. Anytime I need to do the task again, I just run the script again.

While I am getting more comfortable on the CLI everyday, it took awhile to get to this point. None of the Linux magic would have been accessible for me without the initial user-friendliness of Ubuntu.