The first post of Dawn, a new KSP 0.90 career mode game with no quicksaves and no reloads. Time to explore the galaxy on a budget!

Welcome to Dawn, a new KSP 0.90 career mode game. As to game settings, there will be quicksaves or reloads this game. Also resources are slightly tighter than usual (90%).

But I'm a newbie no longer. Flying to other moons and planets is basically no challenge anymore. Things rarely go wrong, and when they do, I have gotten really good at quicksaving religiously.

Turning off quicksaves and reloads has changed my rocket designs and mission planning. When you quicksave, you just quickload when things go wrong. But if you can't quicksave, you have to start planning for contingencies. Because things will go wrong. If I don't have enough fuel to make it back up to orbit after landing, is there a ship nearby that can come to my rescue? If I mess up a burn and it takes more fuel than expected, what will that mean for the rest of the mission? And so on.

Even after planning for dozens of contingencies, things will still go wrong in unexpected ways. I've had to figure out how to extract my Kerbals from uncontrollable rockets on multiple occasions. And since money is a limited resource, I've tried to do so in such a way that salvages as much of the rocket as I can. I've had to act quickly to achieve orbit when an aerobrake didn't go as planned. I've had to execute some weird and difficult rescue missions.

All in all, I've been loving KSP without quicksaves. Spontaneity + challenge = fun! 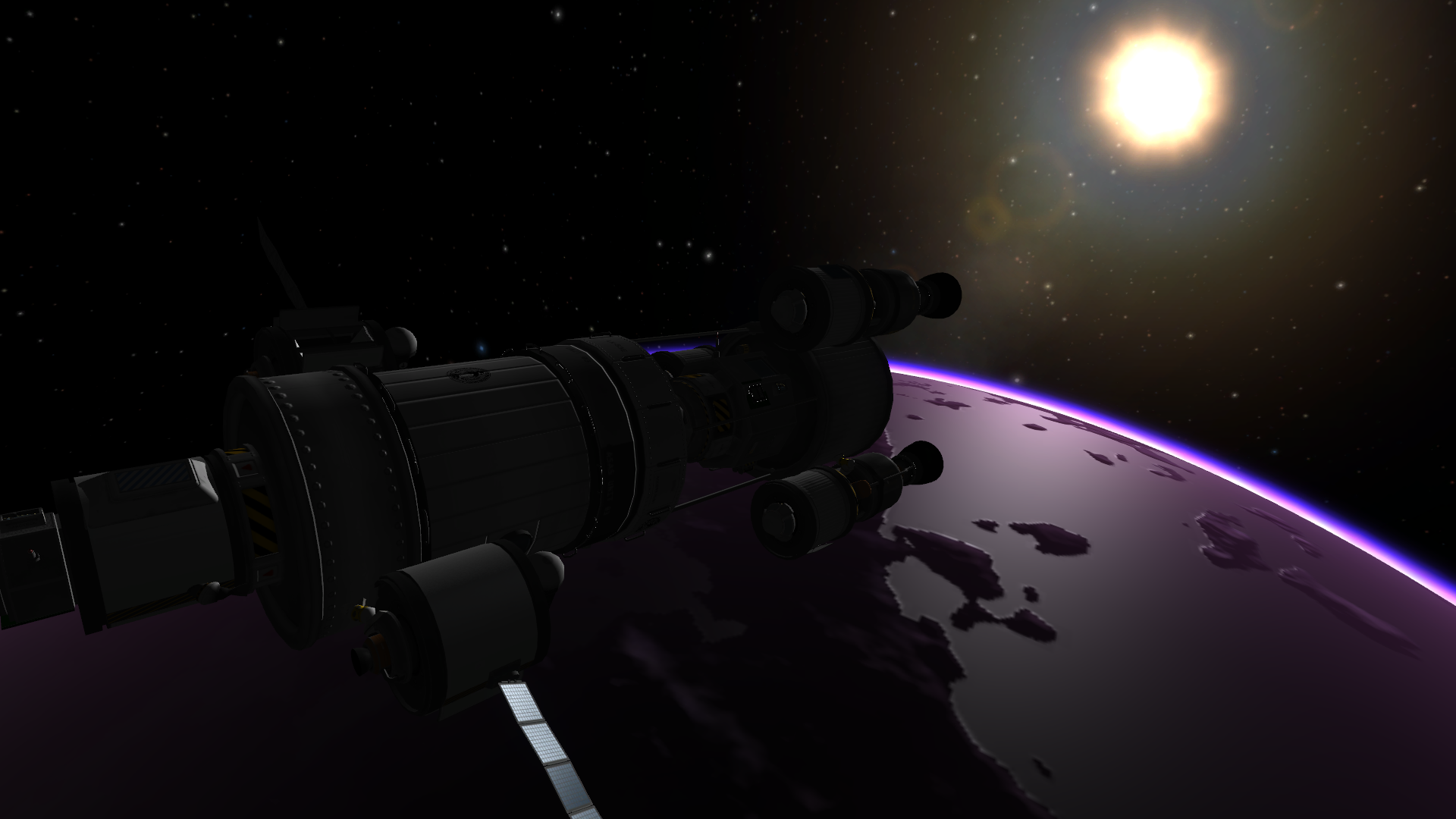 Look a ship! Orbiting a planet that isn't Kerbin (Earth)!

I neglected to get screenshots for the first part of this game. It was a lot of fun building up my base, earning money, and unlocking the tech tree. Having to slowly pay to build up your base adds some great constraints and struggle to the game. It's far more fun than in the olden days when you could just do everything immediately!

At this point of the game, my base is mostly built up and the tech tree is mostly unlocked. But this is my first interplanetary mission in career mode! So I thought, hey I'll start documenting it.

So back to the mission proper. The ship is named "New Dawn" and it's mission is to put a space station with a science lab in orbit around Venus. There is also a small probe named "Sunrise" attached to the front of "New Dawn." If all goes well, Sunrise wil be the first Kerbal-made object to land on a new world!

The third craft involved in this little mission is the tug Labrador 1. Powered by three nuclear engine, this little tug is responsible for getting New Dawn and Sunrise to Eve (Venus), as well as for returning 1 lucky crew member and the science sample back to Kerbin.

The initial approach to Eve was without incident. And the first aerobrake was wholly successful. No fuel had to be burned in order to slow down enough to drop into orbit; the atmosphere did all the work.

During the aerobrake we were even able to grab a few samples from the atmosphere using the trusty science jr, mystery goo, thermometer, and barometer. Score!

After the initial aerobrake, the New Dawn burned slightly to bring its periapsis out of the atmosphere and enter orbit. And a brave Kerbalnaut went for a nice EVA to celebrate the first time any Kerbal spacecraft has orbited another world! Party! 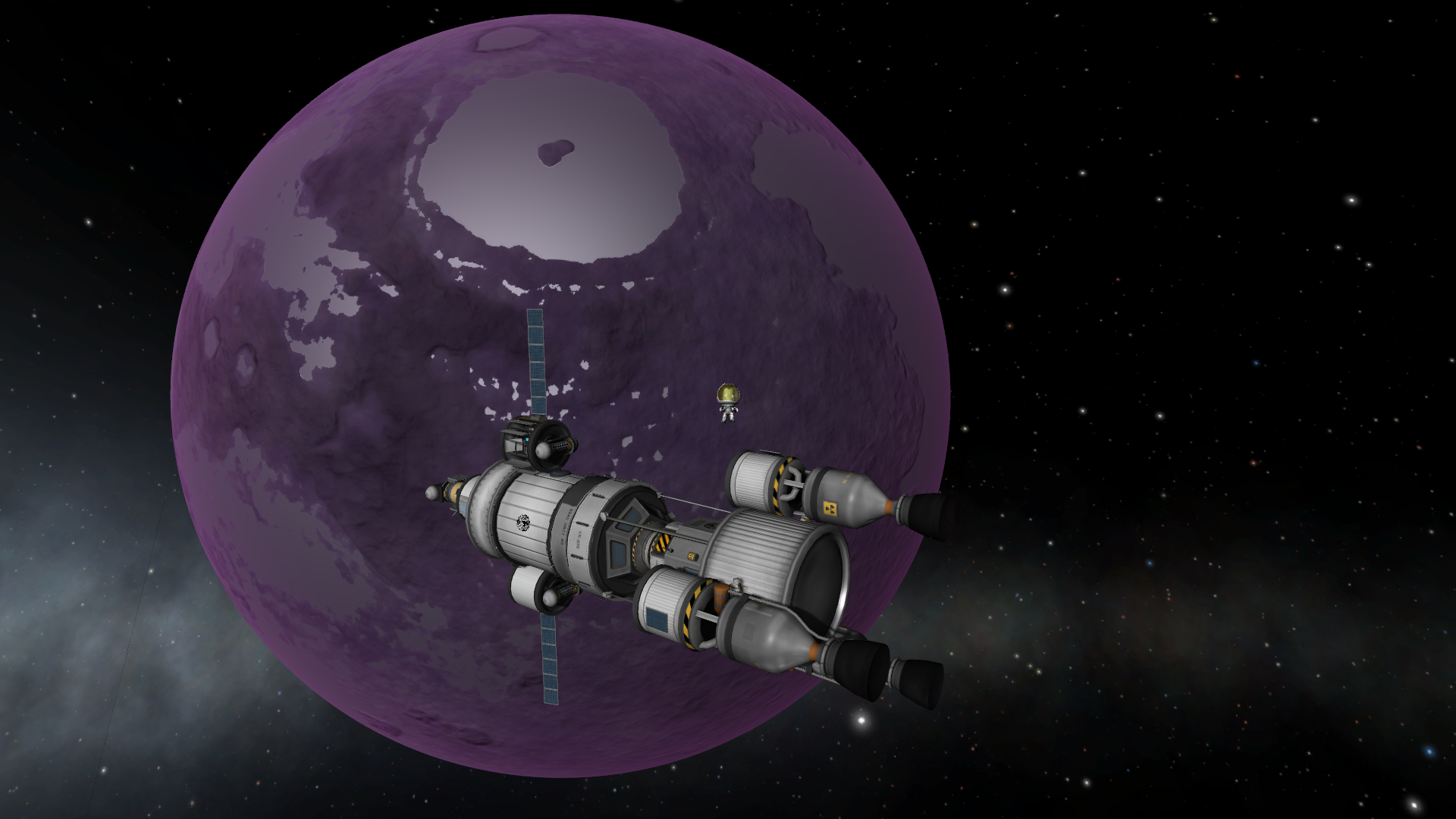 Then the Kerbals got to work. They gathered EVA and gravity data from each Eve biomes, from both low orbit and from high orbit.

Having successfully completed that stage of the mission, it was time to detach the probe and head down to the surface! 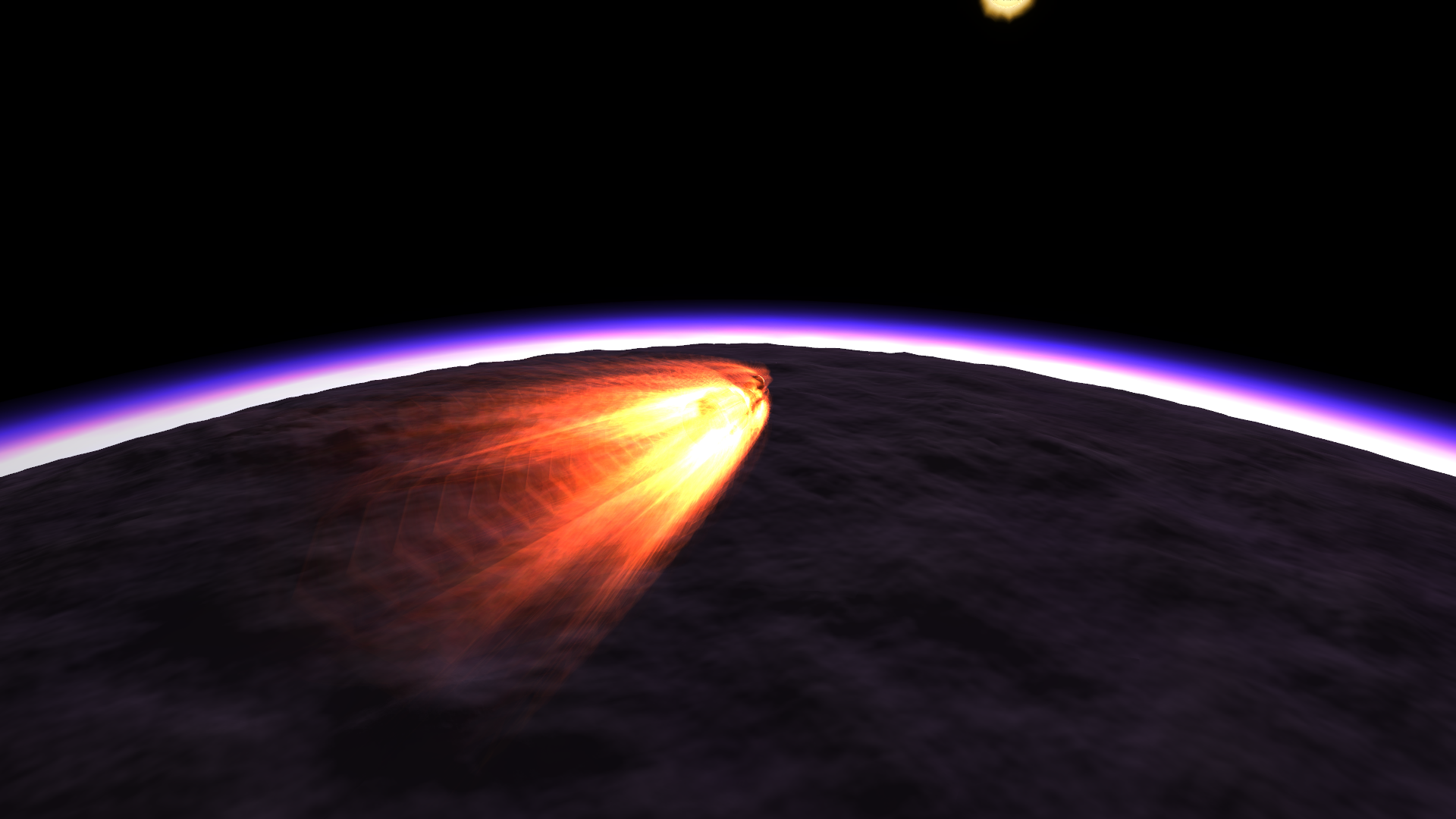 The probe entered the atmosphere without incident. And the landing went great! Except I forgot to nab a picture. Oh well. Here's a picture of a similar probe from a previous game: 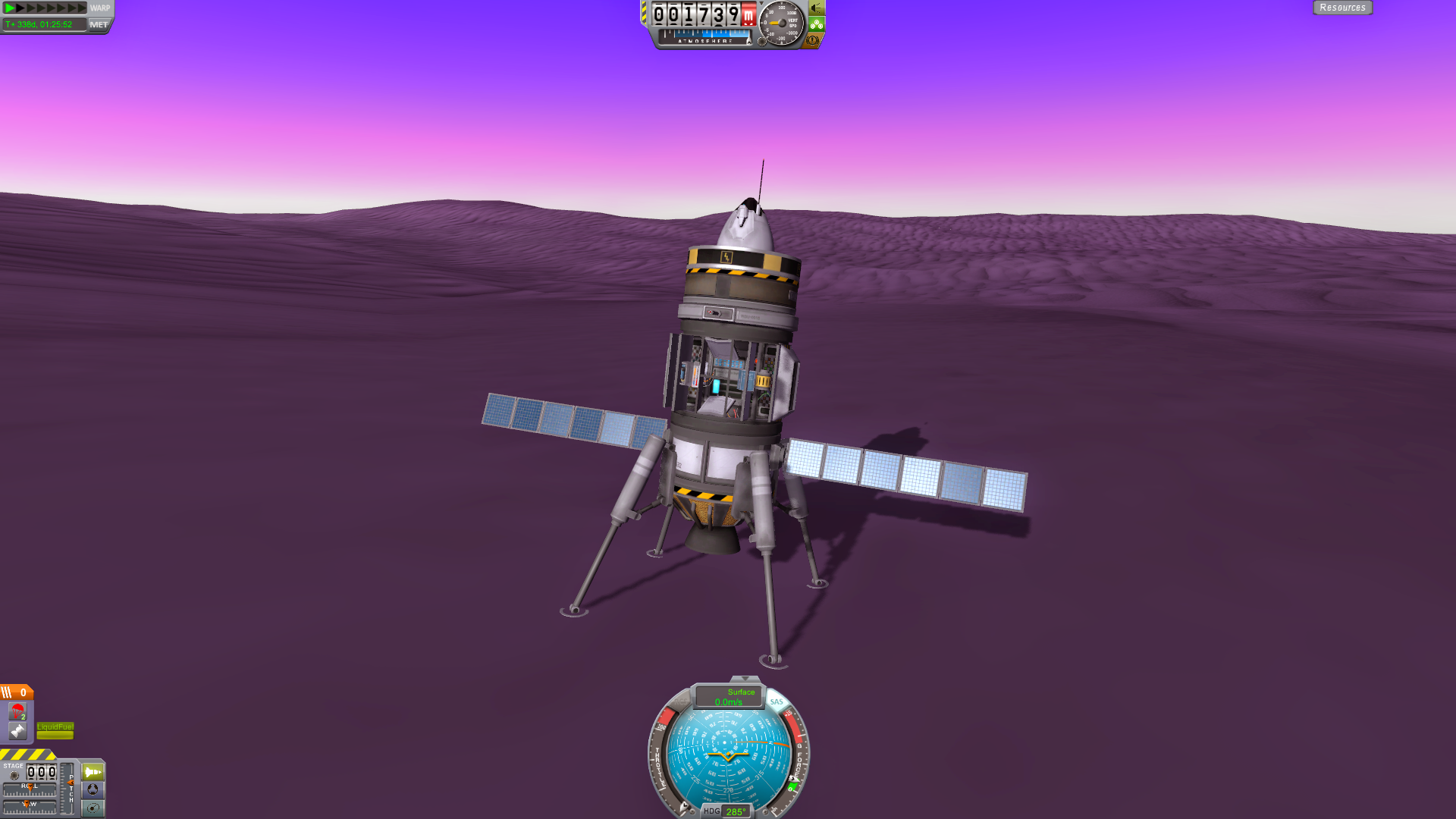 My probe Sunrise looked just like this after it landed! Except it had no atmospheric nose cone - those things are expensive and since this probe is going to be a permanent fixture on Eve, I didn't want to send one down. Ditto for the gravimetric sensor.

Also, there were no legs. So it landed on it's side. Woops. But I was able to extend one solar panel to the sky!

I'm going to go ahead and delcare mission success! Brave Kerbalnauts achieved orbit around another world for the first time. And a Kerbal-made probe was (mostly) successfully installed on the surface of a new world.

The next stage of this mission is to return all the collected science samples back to Kerbin. But first, time to launch for Duna!